Beastars (ビースターズ, Bīsutāzu?) is an anime series produced by Studio Orange. Licensed by Netflix, it is based on the manga of the same name which was written and illustrated by Paru Itagaki.

It was released on October 8, 2019 in Japan. In addition, the series was also aired on Fuji TV's +Ultra programming block in Japan on October 9, 2019.

The first season's international premiere was March 13, 2020, on the Netflix streaming service.[1]

A second season of the anime was announced on December 26, 2019 in Episode 12's end credits. In early August 2020, it was announced that Season 2 will premiere sometime in January 2021 in Japan.[2]

In a world populated by anthropomorphic animals, herbivores and carnivores coexist with each other. For the adolescents of Cherryton Academy, school life is filled with hope, romance, distrust, and uneasiness.

The main character is Legoshi the Gray Wolf, a member of the drama club. Despite his menacing appearance, he has a very gentle heart. Throughout most of his life, he has always been an object of fear and hatred by other animals, and he's been quite accustomed to that lifestyle. But soon, he finds himself becoming more involved with his fellow classmates who have their own share of insecurities and finds his life in school changing slowly.[3][4]

Confirmation of the anime.

Previous scene of the anime.

First promotional cover of the anime. 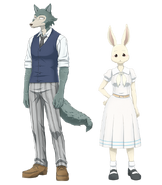 Artwork of characters Legoshi and Haru. 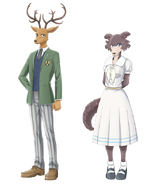 Artwork of characters Louis and Juno. 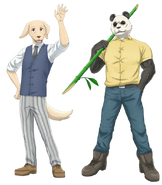 Artwork of characters Jack and Gohin. 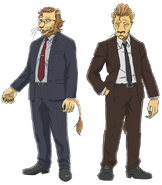 Artwork of characters Ibuki and Free.

Second promotional cover of the anime.

Art made by Paru Itagaki, in gratitude for having followed the first season of the anime.

Art by Paru Itagaki in commemoration of the release of anime in the west.
Add a photo to this gallery 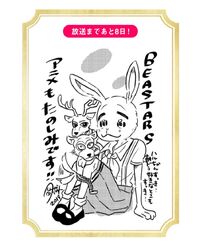 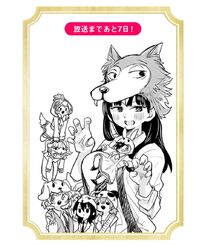 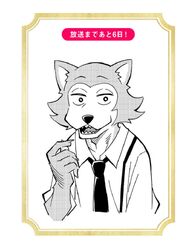 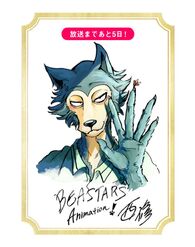 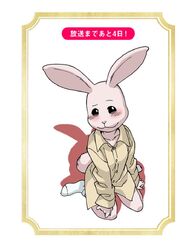 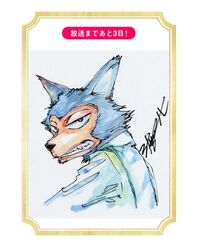 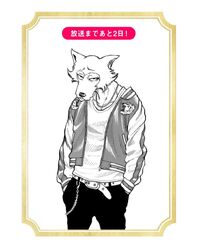 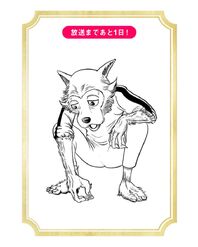 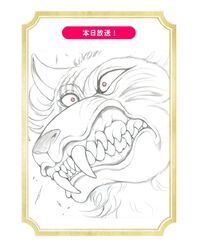 Beastars anime premiere! - Legoshi
Add a photo to this gallery 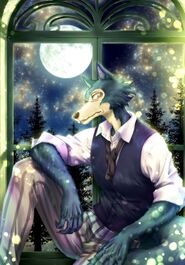 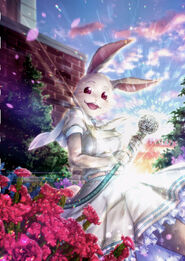 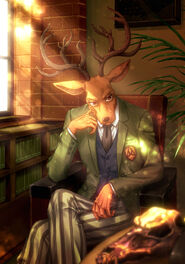 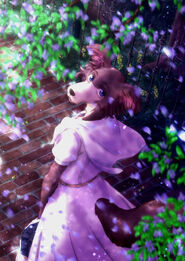 Cover of the Blu-ray disc & DVD Volume 4 - Juno.
Add a photo to this gallery 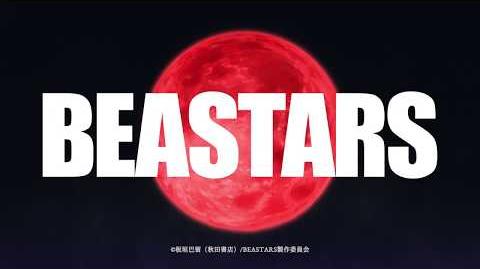 TVアニメ「BEASTARS」第1弾PV
PV 1 of the Beastars anime. 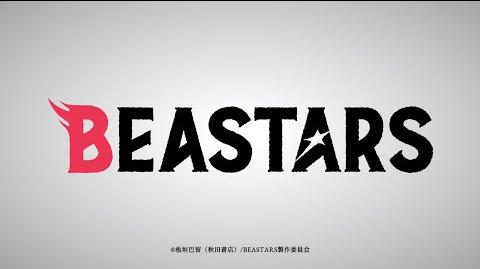 TVアニメ「BEASTARS」第2弾PV
PV 2 of the Beastars anime.

TVアニメ「BEASTARS」第3弾PV
PV 3 of the Beastars anime.

TVアニメ「BEASTARS」第4弾PV
PV 4 of the Beastars anime.

TVアニメ「BEASTARS」第5弾PV
PV 5 of the Beastars anime.

「BEASTARS」キャスト解禁特番
Presentation of the voice actors.

Retrieved from "https://beastars.fandom.com/wiki/Beastars_(Anime)?oldid=13274"
Community content is available under CC-BY-SA unless otherwise noted.