What's on your mind?

The 22nd volume of Beastars released on January 8 of this year.

Many people are confused as to why they cannot order volume 15+ in the english translation.

English translations of volumes 15+ have not arrived yet.

The english translation of the 15th volume will release on November 16 of this year.

Sadly, it will be a long while before we will be able to get all volumes translated into english.

In Chapter 21, on page 2, there is a news report about a predation incident in "Zebuth Town". I find it odd how that is one of the few actual city names the reader gets to know in basically the whole series. I wonder if Zebuth town is the city that Cherryton Academy is located in, or if it's a nearby suburb or neighborhood. 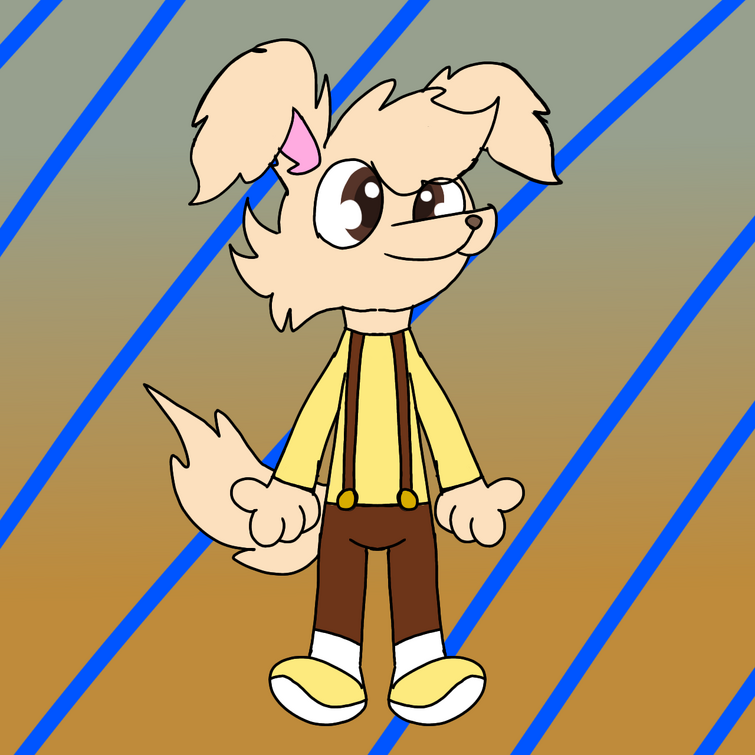 I Know there's Drama & Gardening. . . as THOSE two get the Primary Focus in the Plot of Beastars. . .

But what OTHER Clubs does the School offer that are at least MENTIONED, even if they're not in the primary focus?!

I Hear that he works as a doctor; the Only question is; Where did he GET his Doctorate? Since you need a Doctoral Degree to become a Doctor. . .

So Where in the world could Dr. Gohin have gotten his degree to become a doctor?

Does the Government give special benefits for those who are sleeping through Winter due to being Hibernators; like Bears, Squirrels, ANY Animal Species known for going through Hibernation;

How Much Do the Non-Hibernators have to pick up the slack of the Hibernating species that'd otherwise be there for the other parts of the year. . .

Do Characters who are Animal species who GO through Hibernation; still hibernate during the winter?

I Get that She's Brown; Legoshi is sorta Blue; Leano was Greyish-Brownish; Do We even know the fur color of Toki; Legoshi's Maternal Grandmother yet?

I Don't get it; they're ALL Grey wolves; so why DON'T they all have Grey Fur?!

I Thought "Grey Wolves" had Grey Fur, what gives?!

I would like to know about geography, history and weapons.

1) Weapons. Gohin has a belt machine gun and a crossbow, Yafya has a sniper needle. The rest rarely have pistols. What else is there?

1.1) Why does the mafia use little firearms, and the one that uses - not submachine guns and automatic pistols, but pistols and revolvers.

1.2) What's with the war? What weapons were there other than halberds? Houses are in ruins. Is there any mention of tanks and cannons (like pirates, if any?)? Then there was genetics, which bred dogs. Well, what's interesting now.

1.3) What about the police body armor? It seems not. Are there special forces?

2) What about aviation, navy, space and technology?

3) Geography. They say in some issue ,, in our country ,,. Are there other countries? Well, on land. Other languages?

3.1) Is geography real? Or is the world a fictional one? Got a map or a globe?

3.2) The architecture is jumbled. Is there a division into civilizations or ethnic groups?

4) What about the history of the world, except for the issue where Jack tells it? Too few.

I am writing via google translator, I am not from the west.

What I Mean is;

So If Legoshi & Haru were to have Babies;

I Get that Humans are Rare; but aside from ANY Lack of things that make Humans different from an Anthropomorphic Animals that would make them stand out; I Think there's a Potential OTHER IN-UNIVERSE Reason for The Rarity of Humans in this world; Aside from Being a World with a Primary focus on Characters who are Anthropomorphic Animals;

Could Humans be Prey to some of the Bigger Man-eating Carnivores such as Lions, Bears, Komodo Dragons, Monitor Lizards, Crocodiles, Alligators, Snakes, any other Carnivorous species that have been confirmed to Eat Humans IRL?

And While Some Herbivores may be in danger from some of the more Meat-hungry Humans, , . there ARE Probably some Vegan Humans(the closest you're going to get to an herbivore Human), or Lacto-Ovo Vegetarians, who'd Only eat Eggs or Drink Milk as their source of Animal Byproducts; I'm Sure there's AT LEAST one Human who'd resort to eating Insects. . .

What is the likelihood of a Human Surviving in a World full of Anthropomorphic Predators & Prey Animals for an entire lifespan without getting Eaten by a Carnivore?

@Sparkpeltwhy I found ur home

Btw its me sky

Ok so I love Legoshi even thought he's a fictional character, Legoshi is a perfect description of my type. I do not ship Legoshi and Haru, the thought of it makes me gag- I don't think Haru has any self respect for herself, like sis you're out here doing bits with every guy in school, for what? Validation! Ummm... no sis, Legoshi and Louis deserve better than her.

'Legoshi is given the choice to be with haru by marrying and then divorcing her after as she was testing him to see if he would be with her no matter what but Legoshi rejects her proposal and chooses to be with her no matter what by proposing to her again as Haru was always his goal in the end so when being tested he stayed sure to what he wanted. However when Louis was being tested by Juno to see if he would be with her he was unsure and in the end choose not to as Juno was never his main goal or motivation like Haru was for legoshi. So when Juno leaves the train he doesn't follow her unlike legoshi who followed haru when she tried to leave. As Louis wasn't always chasing Juno like Legoshi was always chasing Haru and in the end catches Haru while Louis losses Juno.'

Just from this text- Babes I really don't think Legoshi and Haru should get together, she's toxic and she cares more about what society thinks about her that what she thinks about herself, I ship Louis with Juno because I think Juno is kind and caring and she can balance out Louis and his emotions, but Haru is toxic. She cares about what her bullies think of her and makes Legoshi uncomfortable sometimes and when they go into rooms together she is quick to try and undress him. SIS- LIKE U FRRRRR , I personally think that Haru should focus more on Haru and less on Legoshi.

I saw on this Beastars Fandom someone asked 'Would a Grey Wolf and Fox hybrid be cool?' and most definitely! I think that even though in the manga it has everyones love lives set out for them it would be cool to see Legoshi with a Fox, Foxes tend to be sly and mysterious, however they are clever it would be nice in the series to see Legoshi share his intelligence with someone and have fun rather that be serious.

Would they have a Bushy Fox Tail?

Would they have the Mannerisms of either a fox or a wolf, or perhaps Both?

Are they Solitary Creatures, or Social Creatures?

Please give me YOUR Ideas for what a Folf could be like in the world of Beastars;

As I Honestly have no idea; since there's WAY too Many Possibilities for me to come up with a single possibility;

Because there's So Many Possibilities; I'm Sure each of you guys & gals could come up with wildly different & unique ideas from the same basic concept. . .

Get it? Southpaws; Because they're Animals?!!

Anyways. . . I'm Curious to find out How Many of the Characters, if any of them, are Left-pawed, and Which Characters predominately use their Left Paws as their Dominant Paws. . .

I'm Curious to what would happen if A Carnivore Male was able to procreate with an Herbivore Mother; Within the Situation that the Father is able to keep himself from eating the Mother for 9 whole months. . .

Would an Herbivore mother get CERTAIN Cravings due to their Carnivore/Herbivore Hybrid Babies developing in her womb?! after all, Pregnant Woman DO get Strange Cravings when they're Carrying. . .

Again. . . Considering She Lives long enough to bear the Carnivore's Children without getting Eaten by him!